Sisimiut, formerly known as Holsteinborg, is a ruggedly beautiful city located 40km (25 mi) north of the Arctic Circle on the coast of West Greenland.

With roots dating back more than 4,500 years, Sisimiut has grown into Greenland’s second largest city with 5,500 residents. The largest city is Nuuk, the country’s capital.

The Saqqaq, Dorset and Thule cultures, who migrated from Canada, founded the settlement of Sisimiut. Through their journey, these groups learned to sustain themselves with the ecosystem’s bounty of fish, birds and mammals such as whale, seal and reindeer.

In the 17th century, the first European whalers arrived in the area; however, these visitors only had sporadic contact with the local people. Permanent contact between the Europeans and Inuit cultures was not established until the Norwegian missionary, Hans Egede, first colonized Greenland in the 1700s.

In 1756, the colony of Holsteinsborg (named after the former Prime Minister, Count Johan Ludvig Holstein) was founded. Although centuries have passed and the settlement is now called Sisimiut, houses from the colony’s first century still stand. The oldest home is from 1756, while one of the town’s most significant buildings is the blue church from 1775.

Today, Sisimiut is an important town for fishing industry. It is recognized as the most northerly town in Greenland that is home to an ice-free harbour in the winter, making it an ideal location for the Royal Greenland fish processing factory. Located in Sisimiut’s port, the factory is the largest of its kind in Greenland and one of the most modern in the world. Sisimiut is also an important for center for education, and is the site of the Technical University of Denmark’s Arctic Technology Center.

Sisimiut is also recognized as the southernmost town in Greenland to drive dog sleds (after the first snow falls in November or December). This provides an excellent means for exploring the area’s dominating nature. Albatros Arctic Circle offers dog sledding excursions from Sisimiut, in addition to Kangerlussuaq.

Sisimiut is the second-most-populous city / town in Greenland by population (5,491). 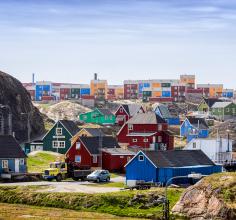 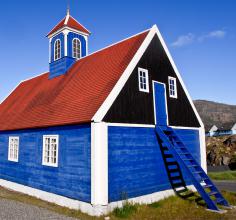 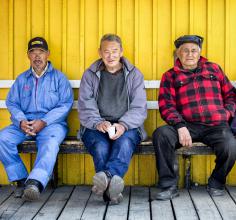 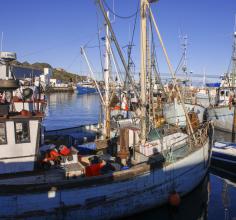 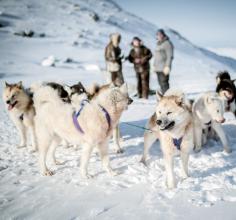 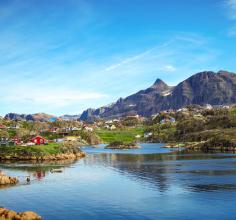