Uninhabited land as far as the eye can see

There is ice, snow, heavy wind and extreme conditions. There are green-clad mountains, an abundance of flowers and unique wildlife. There is uninhabited land as far as the eye can see. There are small villages with ancient traditions and even high-rise buildings and cars. Greenland is a land that is changing, but most of all, Greenland is a land worth conserving.

Covering 2,184,700 km2 (843,517 mi2) Greenland is the largest island in the world. From the southern tip at Cape Farewell to the northern-most point at Cape Morris Jesup, Greenland measures 2,700 km (1660 mi). This distance is comparable to length of the Eastern Seaboard of the United States, stretching from the southern tip of Florida to the US-Canada border. At the widest spot, from Disko Bay to Scoresbysund, Greenland is 1,300 km (808 mi) across.

The creation of Greenland, as we know it today, began a long time ago. In fact, Greenland was a part of Africa until 439 million years ago, when it separated from the continent and moved north. Two million years ago, its closer proximity to the North Pole generated the large amounts of snow that created the inland ice sheet. To this day, the island of Greenland is still on the move, progressing westward at a rate of two centimeters every year.

The first people to set foot in Greenland were groups of Paleo-Eskimos. They arrived in Greenland 2,400 BC and disappeared around 1,000 BC. Their culture became known as Independence I in recognition of Independence Fjord in northern Greenland, where a Danish archeologist, Count Eigil Knuth, first discovered their archaeological remains in the mid-1900s.'

It took almost another 2,000 years before the ancestors of the current native Inuit population arrived. The Thule people came to Greenland around 1,000 AD, bringing with them a technical knowledge and the skills to build useful equipment such as the kayak and dog sled.

The population of present day Greenland is approximately 56,000 with an estimated 17,000 residents living in Nuuk, the capital. The primary language is Greenlandic or Kalaallisut and the second language is Danish. Many young Greenlanders also speak a third language, typically English.

Until 1953, Greenland was a colony of the Kingdom of Denmark, when Denmark amended the Danish Constitution naming Greenland as an integral constituency in the Danish Kingdom. Following a voter referendum in 1979, the Danish parliament granted Home Rule to Greenland, thereby allowing Greenland to establish its own parliament, which has 31 members today.

In a 2008 referendum, Greenland voted yes to pursue autonomy from Denmark. Among other things, this means that Greenland is able have its own stance on foreign policy issues. Greenland is now moving towards full independence, however, they still receive an annual subsidy from Denmark of 3.5 billion Danish Kroner (approx. $588 million).

Greenland is a territory in the Kingdom of Denmark, and therefore, Danish is the first foreign language that children learn in school. Many from the younger generations have learned to speak English as well, and are comfortable communicating with visitors. German and French also spoken by some.

As a territory in the Kingdom of Denmark, the currency of Greenland is the Danish Krone (DKK). We recommend exchanging your currency for Danish Kroner prior to your travel.

Most major credit cards are accepted in hotels, restaurants and some local establishments, but it is a good idea to bring a small amount of Danish kroner as well.

At the time of publication, no vaccinations or immunizations are required for travel to the Arctic region. However, we strongly recommend that you are up-to-date on routine vaccinations when planning any type of travel. Ideally 4-6 weeks before departure, speak with your doctor about vaccinations, immunizations and medicines that you may need.

As Greenland is part of the Danish community, entry requirements for Greenland are the same as if you were travelling to Denmark. Remember to bring your passport, as well as all documentation travel documentation. Upon entry and exit, you may be required to provide proof of identity and present a return ticket. Consult your embassy for information specific to your nationality and the current requirements.

For most travelers, a trip to Greenland represents getting away from the daily hustle and bustle, cutting back on connectivity and gaining a fresh perspective. This being said, Greenland is still a technologically advanced land that offers modern communication capabilities.

Greenland is the least densely populated country in the world. 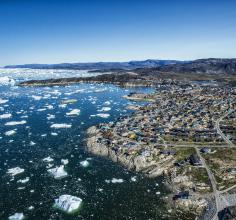 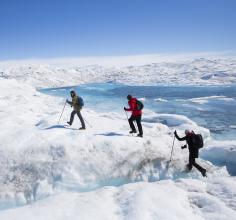 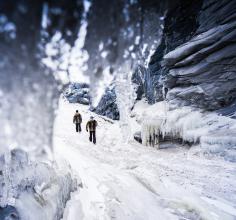 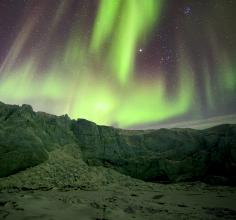 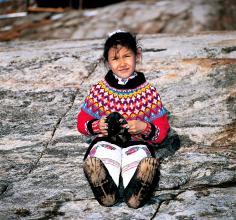 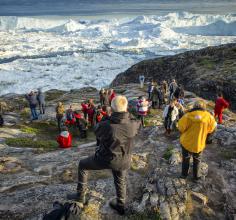 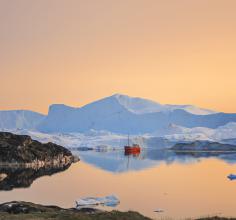 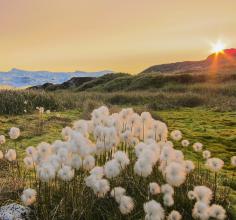 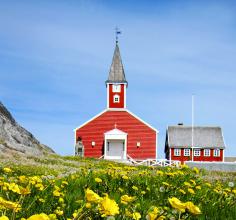 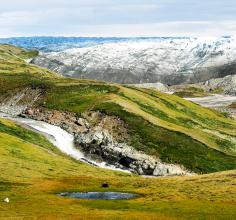