The gateway to Greenland

The village of Kangerlussuaq, which means “big fjord” in Greenlandic, is in fact situated on a plain overlooking the 170-kilometer long fjord. At the fjord's midpoint lies The Arctic Circle.

The area’s geological origins combined with its geography present a real gift for all explorers – a distinctive nature with abundant plant and animal life, grassy tundra and access to the Greenland Ice Sheet, which is only 25 km (16 mi) from Kangerlussuaq. This is the ideal gateway for active experiences within Western’s Greenland’s special nature.

What’s more, Kangerlussuaq is also home to the largest and most centrally located airport in Greenland, connecting adventurous travelers via both domestic and international flights. Nearby Kangerlussuaq is the UNESCO World Heritage Site of Aasivissuit - Nipisat that stretches from the ice sheet to the coast and the Davis Strait to the west.

It is not difficult for one to see that Kangerlussuaq’s surrounding landscape has largely been shaped by the last glaciation period, often known simply as the “Ice Age,” some 18,000 years ago. The mountains are rounded and soft, and many meltwater lakes remain. From the inland ice sheet, best known as the Greenland Ice Sheet, the meltwater cuts its way through the porous moraine landscape and flows into Kangerlussuaq Fjord.

Kangerlussuaq’s present-day climate is largely impacted by its well-sheltered location between Greenland’s Ice Sheet, the fjord and mountains. This contributes to its stable conditions, minimal cloud cover and roughly 300 clear nights per year.

This close proximity to the Ice Sheet combined with the continental climate is also of great significance to the local conditions. The dry climate combined with warm winds that “fall” from the Ice Sheet can result in temperatures that jump up to 30°C (86°F) in the summer, but then to fall to an extreme -40°C (-40°F) in winter, making it the coldest inhabited area in Greenland.

Long before Europeans arrived in Kangerlussuaq, the area was a favorite residence of the Inuit. Dating back some 4,000 years ago, the Saqquaq culture found the area to be a rich hunting ground and the ideal location for a bountiful summer settlement.

Present-day Kangerlussuaq was first established in 1941 as the American-operated military base, Bluie West Eight, which was later renamed Sondrestrom Air Base. In partnership with Denmark, the base was established to support efforts during World War II and the airport played an important role as part of the North Atlantic air ferry route that operated between America and Europe. During the Korean War and Cold War, it served as a supply station for the Distant Early Warning Line bases, DYE 1, 2, 3 and 4. At its peak, 1,400 personnel were stationed at the base.

Due to its military history and present-day role as an important air travel hub, Kangerlussuaq has been fairly isolated from Greenland’s rich cultural traditions, in comparison to other regions. While you still find cultural experiences when visiting Kangerlussuaq, the most impressive attraction is the nature, which is just knocking at your door and beckoning to be explored.

Kangerlussuaq is the only place in Greenland where you drive all the way up on the ice sheet. An ice sheet is a mass of glacier ice that covers surrounding terrain and is greater than 50,000 km2 (19,000 sq mi). 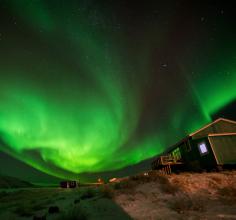 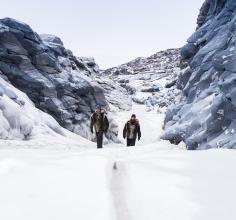 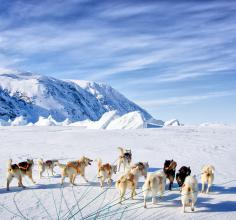 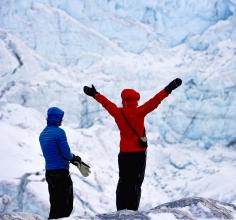 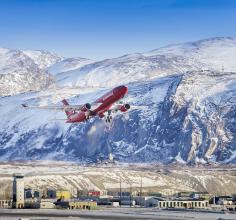 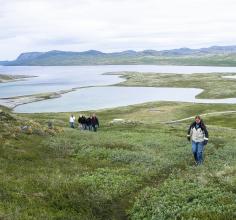 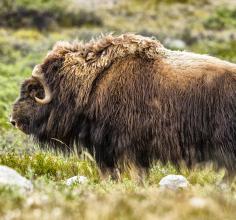 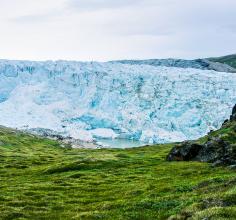